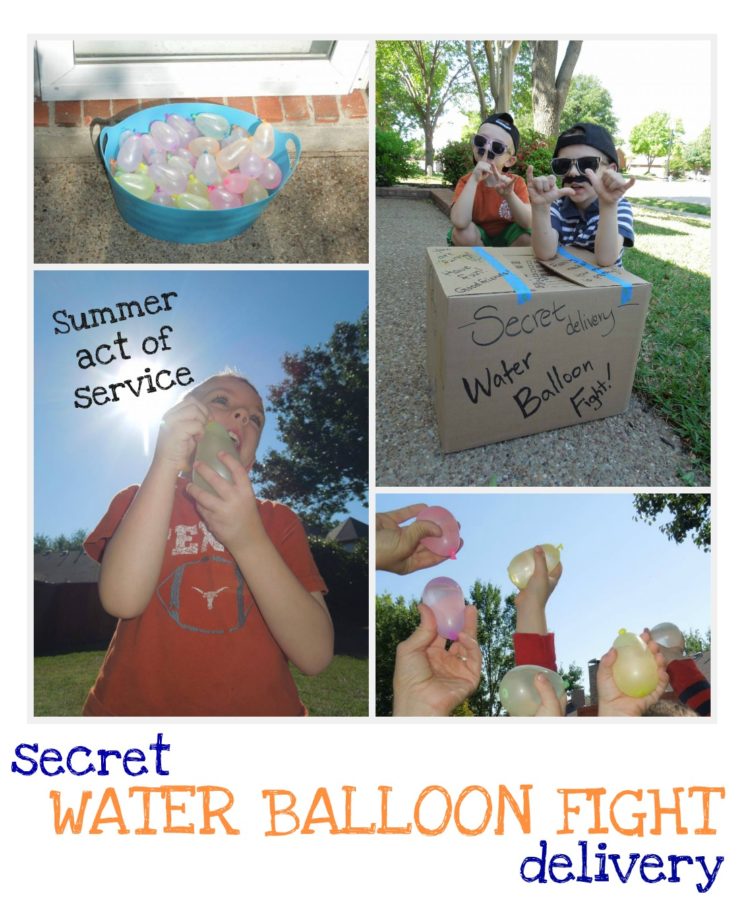 The weather is heating up in our neck of the woods.  We have planned out our Fun Summer Acts of Service and are eager to get started.  That leads me to–
This week’s challenge:
Get Outdoors & Do Something Nice
Here our some of our favorite outdoors acts of service:
Buried Treasure
Happy Chalk Messages
Bringing in Garbage Cans
“In the Community” Service Ideas
Cleaning a Creek:  Tips for Cleaning a Creek
Deliver Chilled Water from a Water Wagon (@ I Can Teach My Child)

And, you can also check out our Fun Summer Service Ideas!  We are so excited about them! 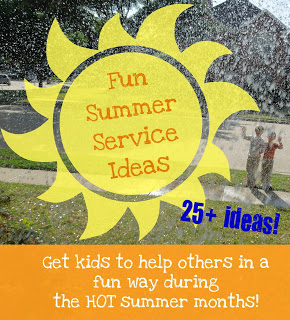 For our Outdoor Act of Service

(which was also our First Official Summer Act of Service):

And it was a blast! 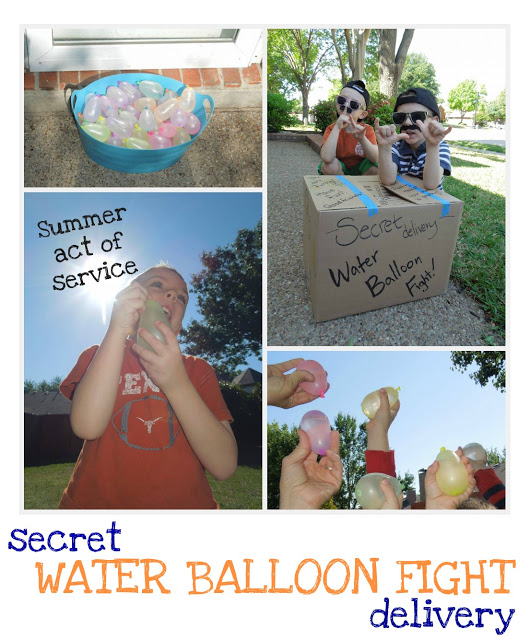 We chose to deliver a Water Balloon Fight to a family with three young boys and a new baby girl.  I contacted the mom ahead of time to make sure that it was something that she would like, and she was like GO FOR IT!
Because, really, what young boys *don’t* want a water balloon fight . . . and, seriously, the hardest part of the fight is getting the balloons ready, and we were doing that!

(& time to have your OWN water balloon fight!)

Can you tell this his is FIRST water balloon!  Instant love!

The boys worked with us to fill about 1/3 of the balloons.  Then, they grabbed a couple and went off to have a mini-water balloon fight.  Dad and I finished off filling the rest of the balloons (did not take long and only about 5 popped on us—VERY refreshing).

Of course, the experience would not be complete if we didn’t snag a couple of those water balloons to have our own fight before delivering one to someone else! 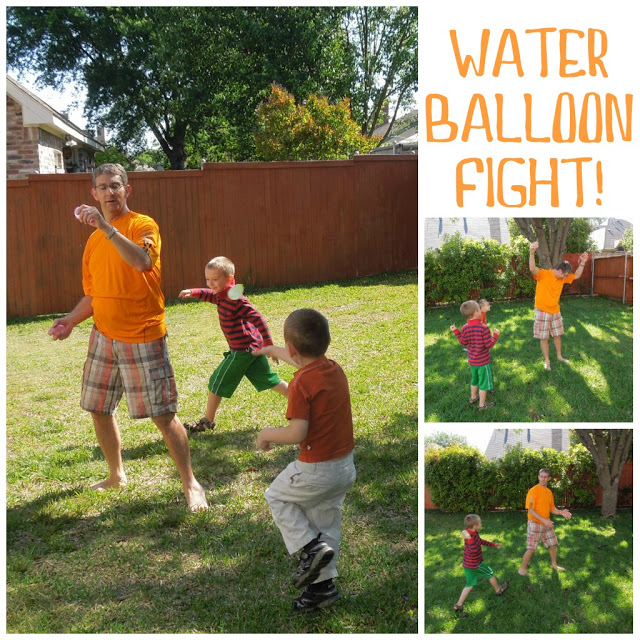 Now to package them!

We thought it would be exciting if they found a box that opened to a bunch of water balloons.  So, we lined a box with a plastic bag, carefully transitioned the water balloons to the box/bag . . . and then wrote nice notes across the top.

This is where my boys get super serious about their SECRET WATER BALLOON FIGHT DELIVERY.  They had to get on disguises.  Oh, YEAH!

This is the delivery site. I was going to get some great pictures of my boys running from the scene of the crime. In fact, I thought I HAD taken those pictures. But, it seems that I was too busy running, myself, trying not to get caught by their little boys opening the door that I didn’t take one picture as we were fleeing the scene!

This was a great fun time for us.  We had a water fight and gave a water fight away to a mom that could use a little diversion for her young boys.  Win–Win!

And, like all of our SECRET deliveries:  after we run to the car trying to escape, we always drive by the house to make sure that the box was found!  And, it was!