Children’s Book on Kindness: “Each Kindness” 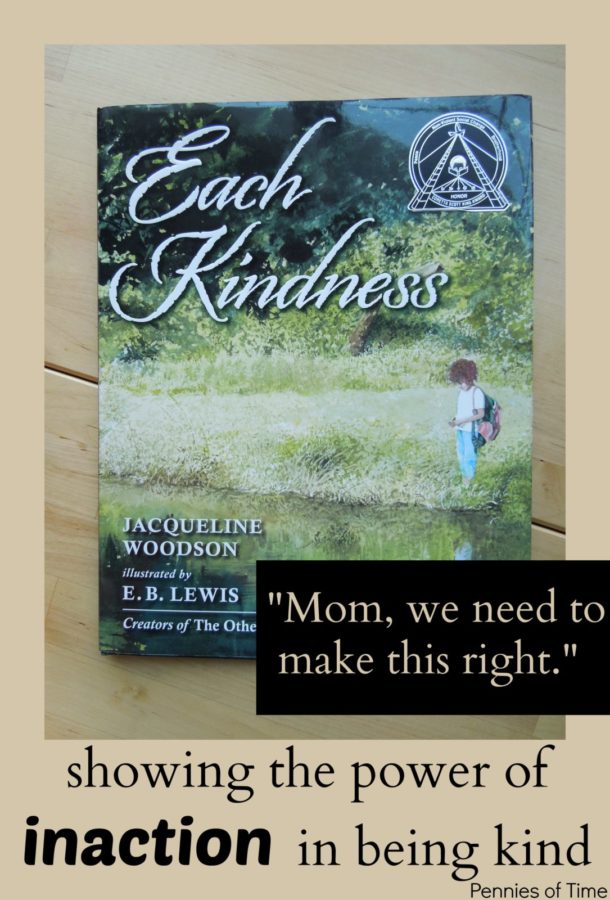 Today, we read the book Each Kindness by Jacqueline Woodson and illustrated by E.B. Lewis.

Usually, Little Brother will bound around while reading, at least during part of the story.  Not during this story; he was uncharacteristically calm, drawn in to the plight of Maya.  Both of the boys were spellbound, just immersed in the story of how others treated Maya, those who chose not to be kind to her.

As I read the last sentence, Little Brother whispered, “That is so sad,” and Big Brother (who cannot *not* help another) said, “Those kids are so weird.”

So, we pulled out paper and created our additions to the story.  I told the boys, “Draw a picture of someone making it right.”

Big Brother drew a picture of a figure saying to Maya, “Your dress looks nice!”

And, Little Brother created a map of events that started with a boy saying “HI” to Maya, as he picked a flower for her, and then something about a bear and . . .  (frankly, I got lost in what was going on–But, he was trying to make it right, taking action in being kind). 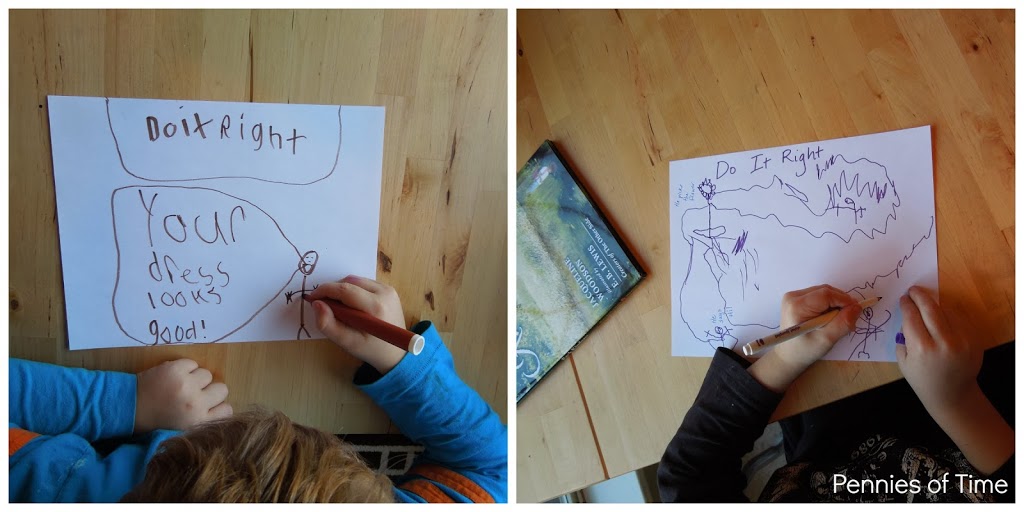 This led to a conversation about friends, how to make friends, and how to lose friends.  After some discussion, this is what they decided:

Big Brother concluded our conversation with the following observation:  You know, basically you say, “Do you want to play with me?”  And, that really means, “Do you want to be my friend?” And, most kids will say, ‘YES!” 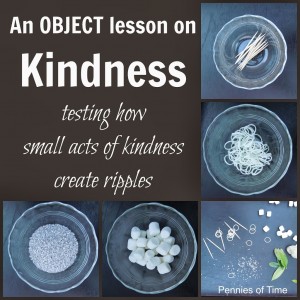