Children’s Book on the Power of Our Actions: “If Everybody Did” 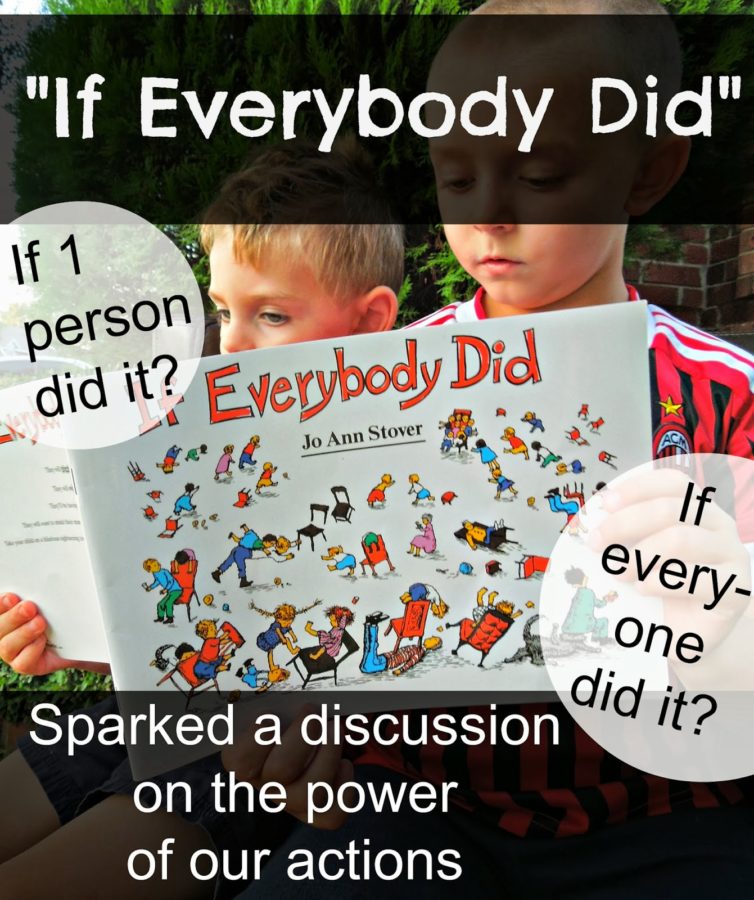 “If Everybody Did” is written and illustrated by Jo Ann Stover.  It starts with an illustration of what if ONE person did something like . . . “spill tacks” . . . and the following page illustrates what would happen if EVERYone spilled tacks.  The book goes through funny actions, serious actions, and typical parent concerns like: jumping in the mud.

The illustrations are wonderful and really helped my boys get a sense of how collectively our actions can negatively and positively affect people and the world around us.

After we read the book, we talked about some good and some bad things that may not seem like it would be anything if everybody did it.  And, what we found is that truly large consequences come from those actions.  (Well, you know kids, of course you know that they talked about:  “What if everybody picked their nose at the same time?” . . .  we determined that it depended on where they put what they found in their nose.)

To extend the discussion, we talked about what would it looked like if everyone did something nice for someone else.  I asked them:  What would you like to do?  What if everybody did it, too? 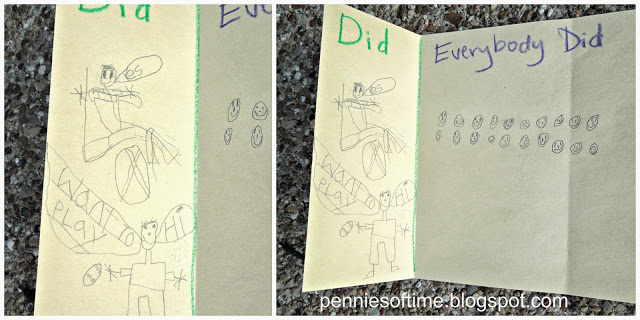 My 6 year old chose:  Invite one new kid to play each day.
This is what would happen if Everybody did:
We would all have more friends. 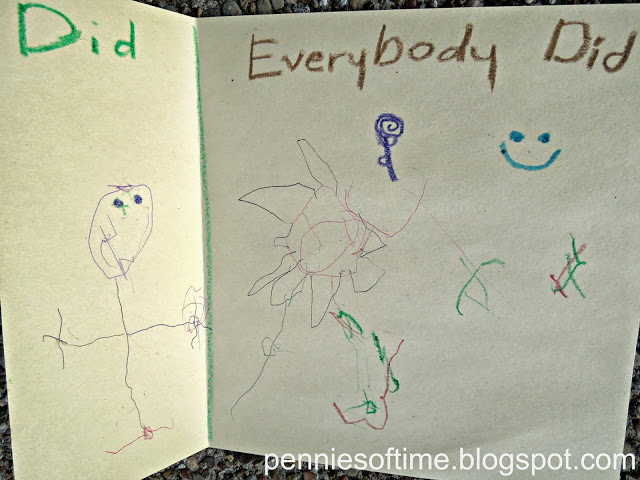 My 4 year old chose:  Give someone a flower.
This is what would happen if Everybody did:
There would be smiles and flowers EVERYWHERE!

The first thing that the boys wanted to show their dad in the evening was their “If Everybody Did” pages.  They almost stepped all over each other in explaining how our actions are important even if we think they are “little” actions.  “Because those little things become BIG things when more than one person does it.”

The great thing about this lesson is that it started an ongoing conversation about influence and consequence.

One of the more random conversations was about bacon:  If one person took a small piece, like they sneaked off the plate, there might be enough left for breakfast.  But, if EVERYone took a piece, there wouldn’t be any left.

“Mom, if EVERYone took care of their own trash,

we wouldn’t need to clean the creek.”

Exactly.
This is a book that can be read repeatedly.  It is funny and meaningful!
To find more books that we like to use: 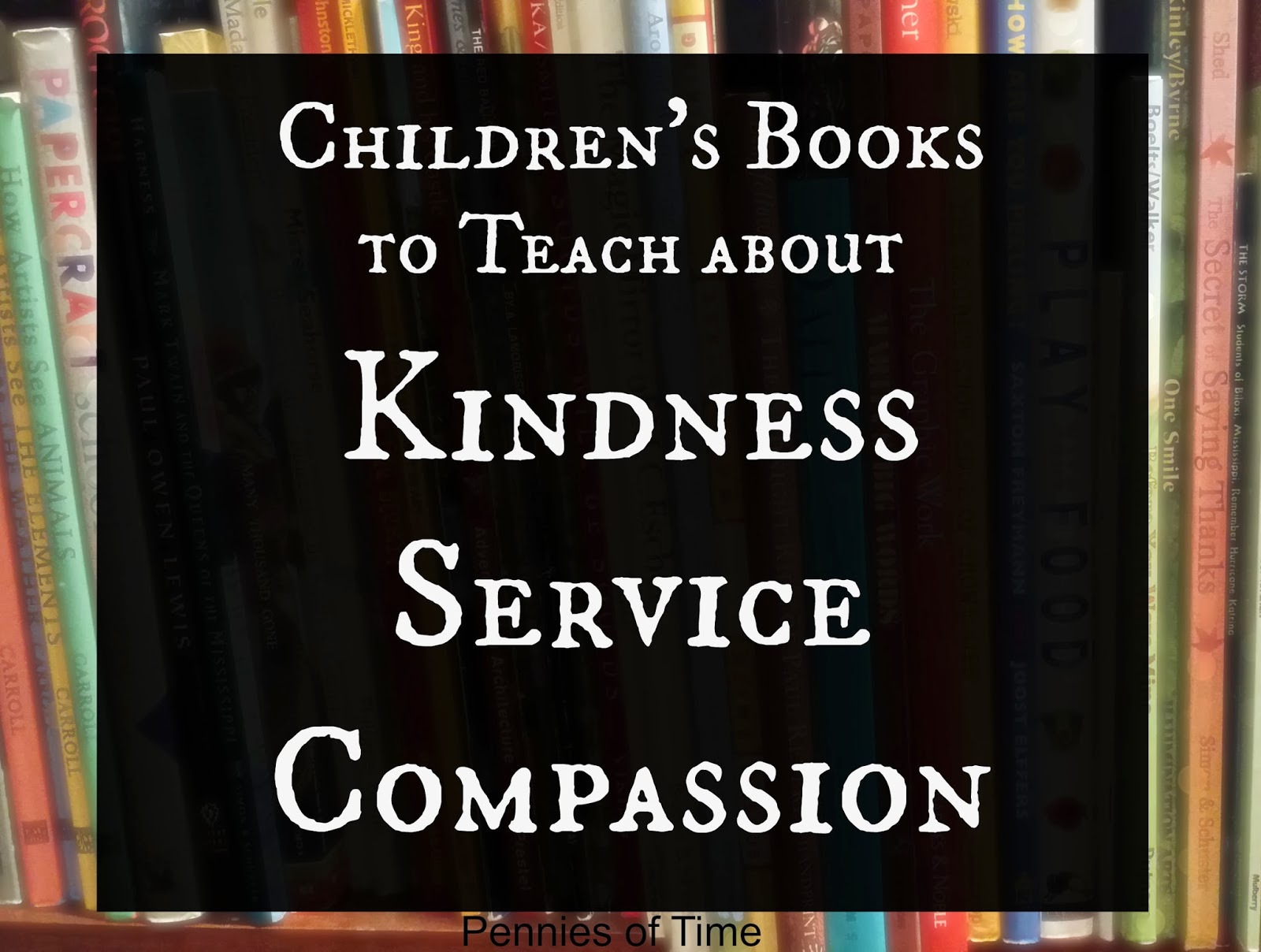