Tour of a Homeless Shelter: Our Family Visits the Samaritan Inn 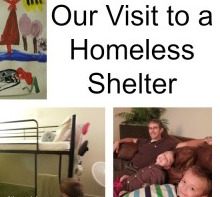 Even though we’ve been working with organizations that support those that are homeless for over a year, my family has just started to understand the scope and scale of being homeless. When I was the special education teacher on a child psychiatric unit, I taught and supported children who sometimes were admitted right off of the street. It was my first interaction with children that are homeless.

Going back in time 12 years ago:

There was one particular patient, Sharri. She was around 13 when she was admitted. Homeless, malnourished, and very troubled. Her mother could not cognitively handle the needs of a large family, and Sharri was one of ten kids, all scattered through the streets of Chicago. Sharri resisted any kind of structure, love, or efforts when others reached out. She had big brown eyes and a broken front tooth. She wore the armor of foul language, anger, resentment, and pain.  She was on a pre-kinder reading level and refused all attempts of engagement in the classroom on the unit. She picked fights with every single person within earshot.  She was one of the most challenging students I have had.

One day, we discovered that she was hoarding food in her room (so that she could feed her mom if her mom ever chanced to visit her on the unit). That was the first glimpse of the tender heart under all that armor.

My most vivid memory of her:  After working with her for two weeks, for several hours a day, I finally found some books on tape that she could listen to and use around the other kids (so she wouldn’t feel “stupid and dumb”). Of all the books on tape I gathered, she chose Madeline by Ludwig Bemelmans.

At the end of the book, there is a children’s song in French that is played. She found a spot way off from the others in the group, just outside the small classroom, and sang sweetly along with the tape . . . oblivious to her mispronunciation, lost in the gift of peace from a story and song.  Her face was calm.  Her shoulders were relaxed and, encased in that moment with the headphones on, she wasn’t at war with the world.
It still brings tears to my eyes when I remember how vulnerable she looked, how finally she was able to spend a few moments doing what so many of our kids do all day, be a kid.

When discharged from the unit, she was placed in a foster home.  We found out that she was back on the street hours after being discharged.  I don’t know how many more “kid-like” moments she had.

We take our homes for granted all the time.  We take for granted the fact that most of our children have many, many moments to be kids, not saddled with the burden of not knowing where we will sleep or when we will have our next meal.
Here are some facts from the National Coalition for the Homeless about homelessness:
*Note, it is extremely hard to find consistent data on the homeless population because of the transient nature of the problem. I’ve done my best to show the facts that seem to be shared across all organizations that fight homelessness.
In an effort to teach my boys about homelessness, we support organizations in our area like Captain Hope’s Kids.  We make and deliver homeless care kits in a sock.  After interacting with those that need support because they are homeless, I wanted to take my boys on a tour of a homeless shelter.  We were able to visit The Samaritan Inn during one of their visiting days for the public.
The Samaritan Inn is a residential facility that provides a free, clean, and secure place for those that need help.  (It is different than an emergency, short-term shelter.)  I was impressed with the range of activities for adults and children.  There are activities going all through the day from financial training, GED training, to visits from therapy dogs for the children.  It was clear that there is strong oversight and an abundance of care in making sure that activities are designed to help the residents.  (I just want to cut and paste their website’s whole “about” section because they do so much—instead, just go to their site and take a look:  The Samaritan Inn)
The staff at The Samaritan Inn were so fantastic to us during the tour.  We were able to see the Family Wing.  In each room, a family shares two sets of bunk beds and a 1/2 bath.  There is a full bath down the hall that the entire wing uses.  We saw the day room and a new teen room.  The dining room, although smallish in size, was full of residents and volunteers for the dinner meal.  In fact, a very observant volunteer saw my kids and offered them a frozen otter pop.  Well, the kids were very appreciative of that offer!

It was very evident from the tour that the place was clean and that the staff really had compassion for the residents. 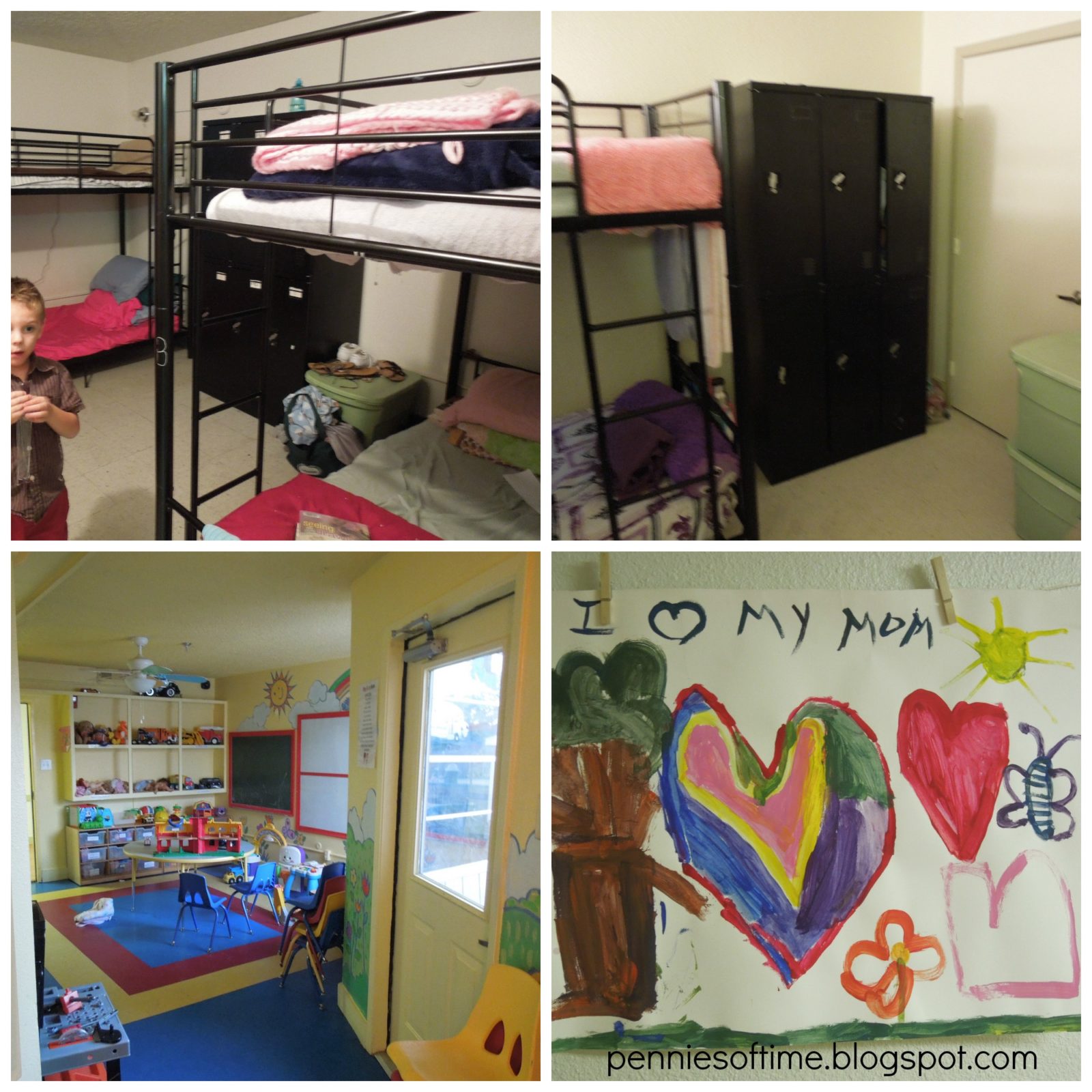 The following picture is in the Women’s Wing.  In that section, 4 single women share a room that has two sets of bunk beds and a 1/2 bath, and then they all share a full bath on the wing.  This is a picture of a vanity mirror area runs along the hallway in the Women’s Wing. 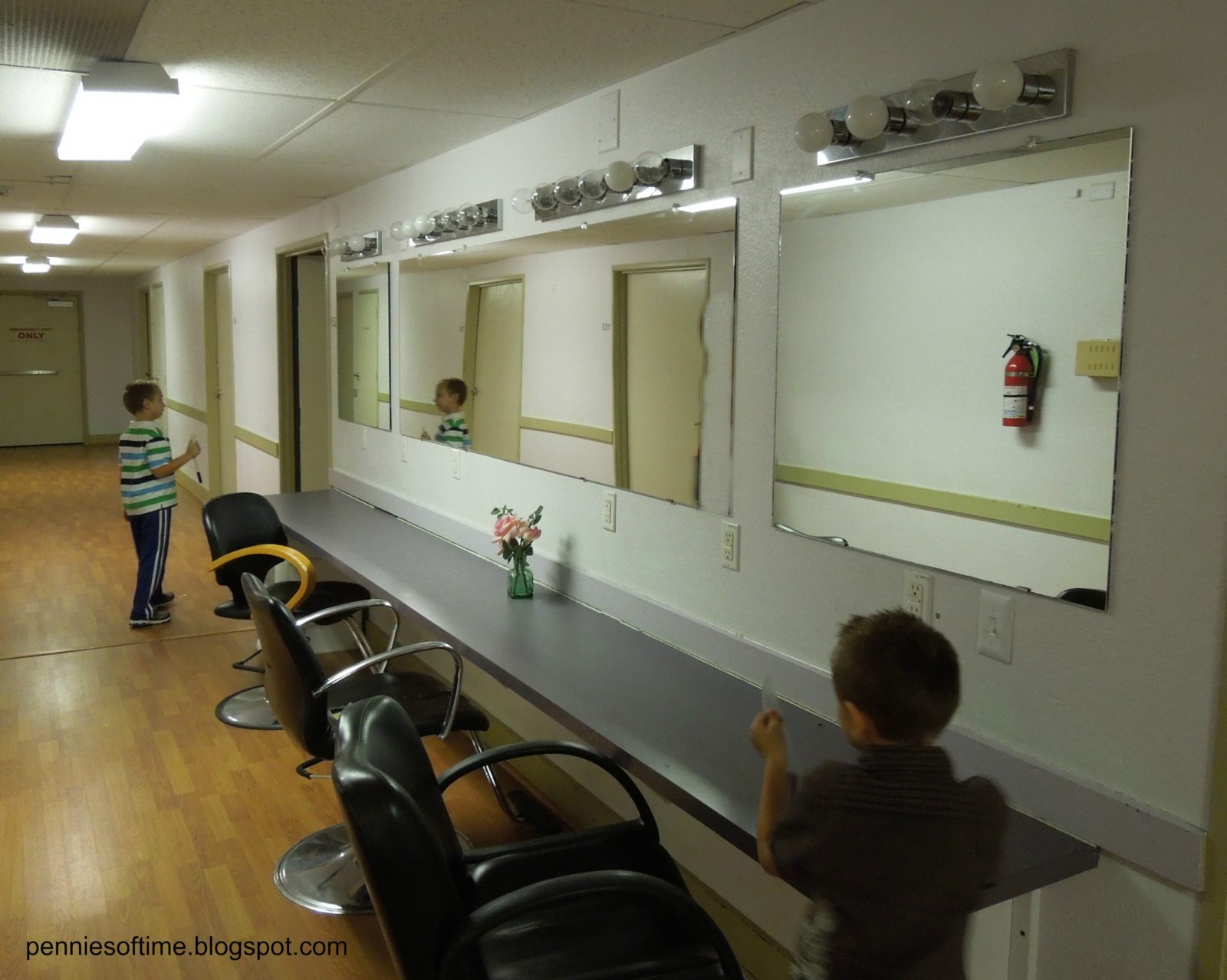 It was inspiring to hear about all the Eagle Scout projects, volunteers that share their skills and sacrifice their time, the families and church groups that donate money to pay for meals and then take the time to serve the residents during the meal, and then the tour took us to an outside section.

>What happens to your family pet when you become homeless?  Yes, your daughter’s best friend.  or your son’s closest confidant. The Samaritan Inn is able to help some families keep their furry loved ones with a kennel in the back.  I nearly broke down in tears right there.  Imagine only carrying what you can fit in your car and leaving behind the family pet.
I wanted to be respectful to the fact that this facility is a home.

So, I didn’t take many pictures, and most of the pictures turned out blurry.  But, I did get a blurred picture of the kennel below. 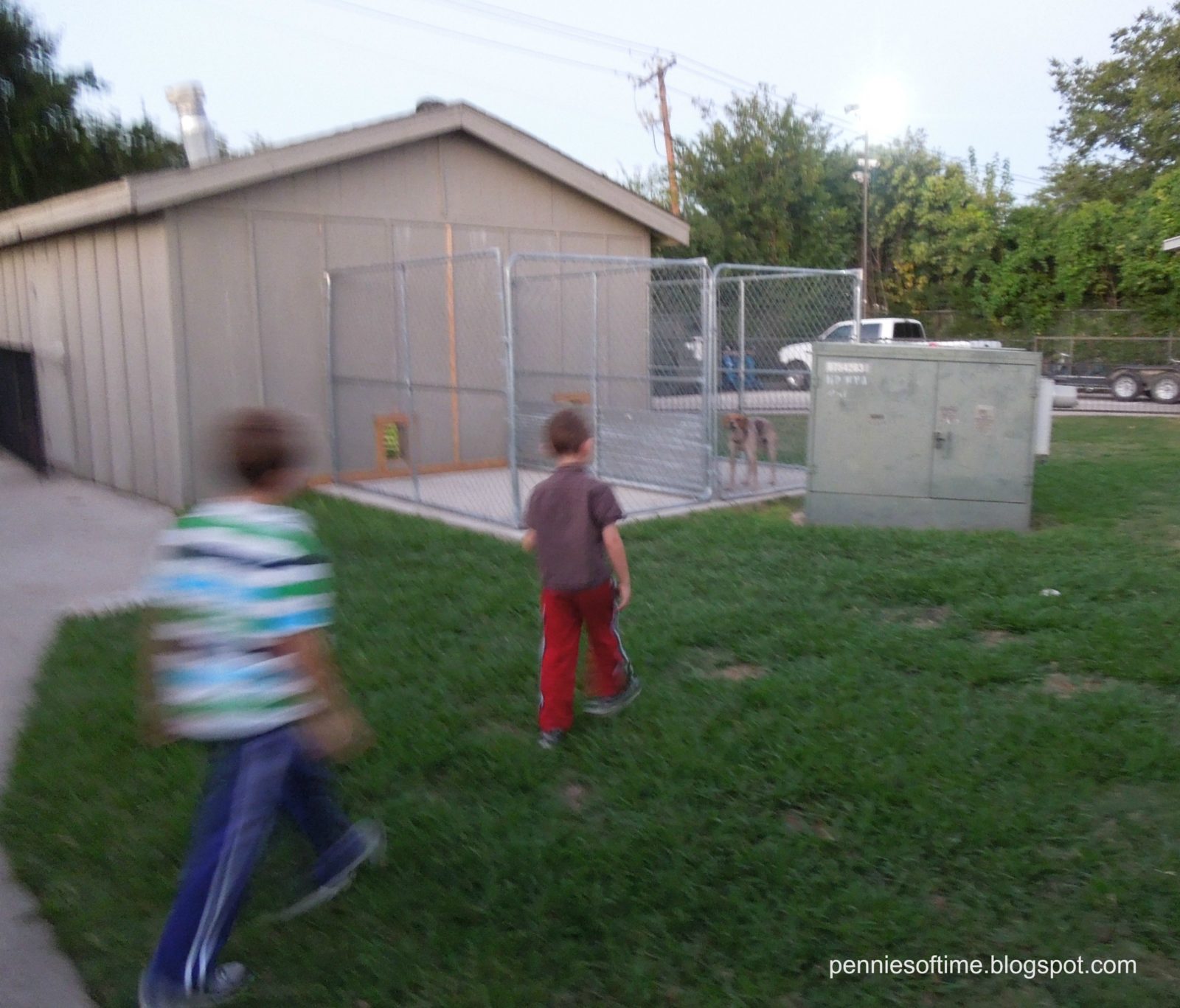 I didn’t know exactly how much of the experience the boys were absorbing.  When we left, I asked a question or two, but it was clear that they were just still taking in the experience.  Several days after the tour, it became more obvious which parts struck home for the boys, what areas had the most meaning for them.  They paid attention. 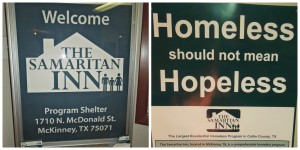 I am grateful that The Samaritan Inn has provided a way for the members of the community to learn more about what they do and what it is like to be homeless.  We didn’t take any supplies on this tour.  We didn’t actively help anyone we met.  But, the entire family learned, became more aware of the concerns and trials of being homeless.  It is my firm belief that these “awareness” activities have a meaningful hand in helping develop empathy in our children and help us better understand how to serve others.  Teach kids to serve.  It is worth it.

Homeless Care Package in a Sock 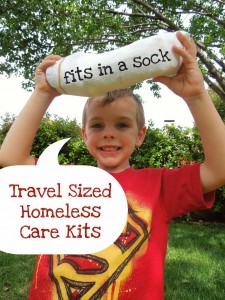 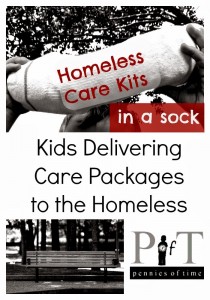 A book to help discuss hunger and homelessness 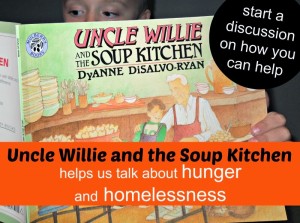